Of God Arguments that Don’t Hold

Imagine a world where only one human lives, with trees and vast landscapes but no other creatures and certainly not fellow humans. One day this lone human after ages of wondering if others like him exist(ed), he stumbles upon a big book whose pages are blank. And yet in the middle of that book, is a page in which a single letter is inked in black. A letter he recognizes and understands.

That letter is just one tiny thing but it was written by someone and suddenly that means a world of possibilities!

The above scenario has plagued me in my agnosticism and has many times thrown into doubt the wisdom of becoming atheist when deep down I believe that that single letter in the blank book must have been written by someone. That it did not just happen.

So a few days ago, a friend engaged me in a discussion on the above and asked like many people have before, why I am agnostic; basically why I am in doubt about the existence of god(s). And as usual I carelessly pointed out that a world as shitty as this one cannot have a god- at least not one who cares.

And yet one question grew a body and wings even after my friend labeled himself deist and offered the possibility of a god/creator that does not interact with humanity.

And yet, that one question came back nagging; who then made the god?

My friend insists that god exists without cause and I find it really strange that the following two claims come from one person:

It’s like saying “Things can’t just happen, except some things which just happen!”

I mean come on! 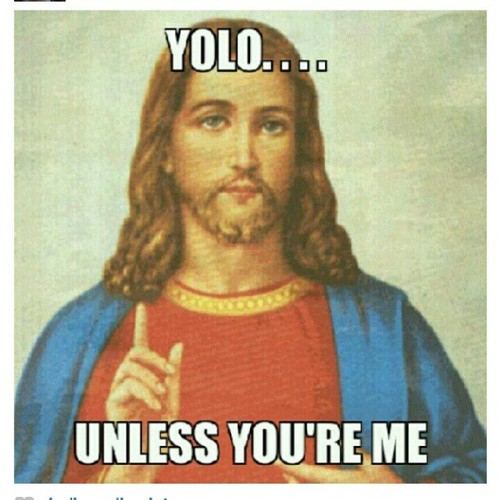 And what if god showed up and proved himself to me, I was asked?

Well, if a being claiming to be god showed up and pulled some amazing sci-fi shit, I wouldn’t believe that being is god- especially not if he added that he’s always been around and he just happened! In fact if he formed a black-hole to swallow a planet as I watched and conjured another planet in the next second, I still wouldn’t call him god. I’d believe he’s an advanced being that can teach us earthlings a lot in science but he’d be no god.

And if he insists he is god and states that we exist because he created us, I will ask him to show me his creator.

If he smites me in anger, he obviously didn’t see that coming; so if he doesn’t know the future, how much of his own past and origins can he know?

If he looks at me patiently and doesn’t answer, it’s just passive god all over again; fun all round and back to square one!

And if he does show me his maker, I will ask that maker who his own maker is.

And it goes on and on and on because there are no gods. Just beings in the universe, some of whom are more advanced than others, but they are not deities.

There are no gods.

Now, whoever knows where a ring starts and where it ends, let him/her tell us about the existence of the first being that was uncaused and is supposedly the cause of all that exists. The rest of us ignorant people will be looking for cures to ailments that actually plague us.